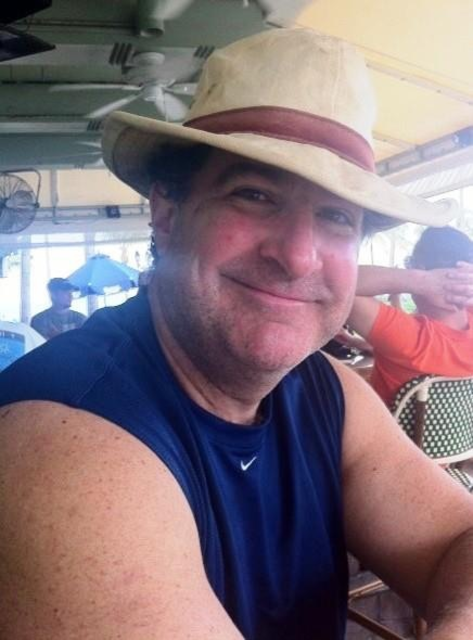 Christopher Adam Ingram was born in St Louis, Missouri in 1961. Raised in Oyster Bay Cove, Long Island and educated at Cushing Academy in Massachusetts, he spent over thirty years in broadcasting, mostly as a newsman in markets of every size and at CBS News in New York. He has also been a disc jockey, cook, truck driver, and a high school wrestling coach. His website is www.chrisingram.org

The first installment of his “Redhead Detective” detective series, “The Redhead is Dead” was independently released in 2017.

His first book, "Hey Kemosabe! The Days (and Nights) of a Radio Idyll," was released by Dog Ear Publishing in 2014.

His story, "Another Dead Man's Curve" is included in the Silver Empire anthology, "Secret Stairs: A Tribute to Urban Legend."

A short memoir, "The Heights," can be found in the August, 2017 edition of the international Spadina Literary Review.

His story, "Redemption" was featured by Flash Fiction Magazine on November 3, 2017.

A draft of Ingram's upcoming novella, "The Price of the Prize" can be found in the April, 2018 edition of the Scarlet Leaf Review.

His poem, "Reflection," was published in the Loch Raven Review, Volume 14, No. 1.

His flash fiction piece, “Gravity’s End” can be found in the 7th issue of Hypnopomp Magazine.

A second flash fiction piece, "What Happened in the River" was published in Hypnopomp Magazine's 9th issue.

His horror poem, “Commencement” is included in the January edition of Bloodbond Magazine.

Another foray into the horror genre, the vampire poem, "Jaded" was published in Blood Moon Rising issue #76.

Ingram is currently splitting his time between Maine and Florida, working on numerous projects in divers genres.

This profile has no public posts.