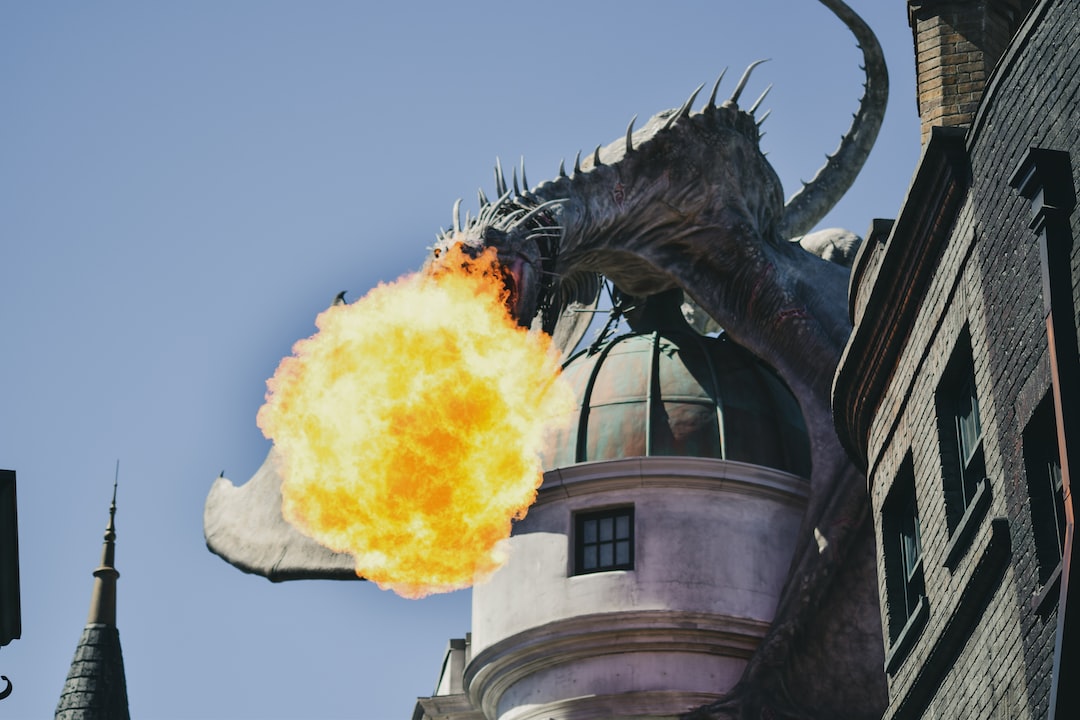 Dragons in my books are far from extinct. Their overall population isn't as high as it once was, but it still remains higher than other ancient beasts of Trindavin. The different abilities they carry and the environments they live in factor into what clan they hail from and what bloodline they descend from. Each breed carries a distinct general ability they are born with, however, with age, experience, and expanding knowledge they can develop new skills and capabilities.

All dragons are born with communication methods of telepathy, verbal, and physical languages. They can live for thousands of years and still maintain a tough, well-armored body with a youthful endurance. Each dragon breed has a unique "rally call" and code they live by. Of course, there are some young "dracos" that break the code often, but each and every "drac" has a limit, a breaking point.

No matter how powerful and wise the ancient dragon species is, they are not invincible. All of the dragon breeds have different vulnerabilities. Some can't be in a fire, some can't be in the water, and so on. Many have "left" Trindavin, some believe. Others think they have mostly died out or were killed for sport. In spite of the rumors, the beasts are happily resting within the green mountains of Dovena. Over the years, The Dark War wasn't their problem. They grew to hate humans and other groups and easily decided to allow evil and corrupt beings to kill each other off. While the bloody battles have raged on between humans, Razis, and other beings, the dragons have been building their numbers and have grown restless.

After The Final Battle of The Dark War, an egg that had been preserving a vessel body for a certain soul within one of their caves cracked open. The rebirth of a Razi in their form seemed to spark a change among the dragons. The time for their return finally arrived and the stories to follow will be released after Book Two, The Prophecy of Elements!

The one who was reborn in the egg was the son of an old friend they once knew and saw a lot of in Dovena. Her name was Queen Laythia, a Razi who's sym was a slick, spiked black dragon. She was very familiar with the ancient beasts thanks to her never-ending desire to learn more. They shared knowledge with her in many different subjects, some even allowing her to record their words in scrolls and books. She befriended the dragons and kept their strong and growing existence a secret.

Her son's rebirth among their ranks rallied them to finally return to the skies and help return balance to the world they left behind to the humans.

A good friend created this particular digital artwork for my book series, and it perfectly depicts the character, Prince Torrick, but in his Dragon form. To learn more about him, continue scrolling!

Read at your own risk. If you haven't read my books, but still read below and find you might like to discover more, my website has more info available: www.mel-e-furnish.com!

If you love what you read, be sure to give the books a try: https://mel-e-furnish.shop/collections/books-1!

Torrick's Backstory and Present (as of Book Two).

His fiery crimson eyes are a distinct "mark" of possession by a Shadow Spirit. Cursed by Torin, an often underestimated, powerful Shadow Spirit, Torrick has fought with him ever since he was thirteen. The young boy faced a lot from the beginning, let alone his mother being murdered in front of him by his also possessed father. Young Torrick had been "destined" to be cursed; however, his intelligent, scroll-loving mother had a vision of his unfortunate future and grew obsessed with uncovering a solution for his escape from fate.

The compassionate woman planned a complicated scheme against her possessed husband and pleaded to an old friend to execute an ancient enchantment. The scrolls she collected over the years revealed to the two friends how they could ensure that the future of her son and the other's daughter, would be secured from Torin's grip. Despite their plan and agreement, Torrick and the friend's daughter will remain at war with Torin for a long time.

Torrick's mother, Queen Laythia Samira (Totan) Domorin, sacrificed her sym (a particular spiritual beast connected to each Razi) to give her son "a second chance," which allowed his soul to transfer to another body. All along, she knew the only way her son could escape Torin's possession over his body, was death. So she asked her old friend, Enchantress Ritalia, to enchant her sym to take physical form and wait for the last breath of her son. At the very second his heart stops beating, his soul will finally be free from Torin's clutches.

Regardless of the separation of their spirits, Torin still is out there somewhere, making moves to defeat Torrick and Evaleana. Will Torin succeed and cover the world in darkness? Or will Torrick and Eva be strong enough to not fail this time?

Here are some portaits of Torrick:

Thanks for reading! If you would like to shop some official merchandise:

Profits from orders go to the artist and the books! Show support by liking, sharing, following, purchasing, and or become a brand ambassador! Earn 20% commission when customers use your link or discount code!

If you really love what you've read and discovered, don't miss out on the full adventure!

Want a reading sample of the books? Here is the sample of book one's prologue: https://vocal.media/futurism/the-end-of-before

Order the paperback books from me for a better deal:

The Deity Jewels: The Prophecy:

The Deity Jewels: Omen of Demise:

For another article focusing on a particular group in my book series, be sure to read about the cruel, heartless Sithmora: https://vocal.media/journal/tcoe-backstory-blogs-pt-1