Publish of the Day - Contena

Login
Publish of the day
Discover a new writer we each day. 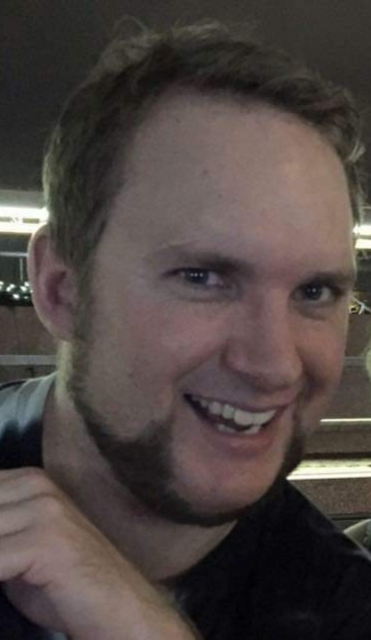 As the heat wave intensified into a second week - and as reports of small fires started springing up on the police scanner - one felt that we were in for the worst fire season yet. Little did I realise, we were heading down a path that will forever change the Rogue Valley, Oregon, U.S.A.

This is Deanna's story: an Eagle Point, Oregon resident, who survived the South Obenchain Fire of September, 2020.

Many hundreds of fires sparked by a seasonally hot and dry climate, were destroying millions of acres of forest across the north western states. I had experienced many seasons of orange skies, and smokey plumes.

But I had never seen one this close. As the plume crept closer, beyond the ridge, I watered my property.

Keeping the air moist and the grass wet, was the least I could do to avoid a spark.

But not long after, the concerning, oncoming plume revealed its raging inferno. A vicious crackling was now roaring at me, and the ridge began to glow.

Some different lights, that of a police car caught my attention. The glow now revealed 200 feet high flames. The roar amplified to screeching demonic blasts that sickened my soul.

Now the flames were flowing down towards us.

The officer immediately leapt out of the car signalling to the ridge, then to the driveway. Not one word was spoken. It was now or never. Adam and I loaded our evacuation packs, opened the gates for our dear animals, jumped into our cars with our two dogs, and tore off down the gravel driveway.

With our home and animals left to the hellfires. I knew we had no choice. I began to pray for our creatures, whom were in grave danger.

As we collected our thoughts at our dear friends sanctuary near the Rogue river, I couldn't believe I hadn't had an evacuation plan for our family of animals.

Sleeping was not really an option, with choking smoke, and the worry about the animals and property at the mercy of mother nature.

Another realisation brought a new wave of distress, being two sets of fathers ashes remaining on the property. I prayed for their protection. To ask for ashes to be protected from the force that makes them, seems ridiculous, yet stranger things have happened.

A million miles away, my holistic mother is informed of the evacuation, and protection required for the property and animals. So she calls upon the stars to direct their light to starfence off those at risk. When you're praying for the most unlikely of chances, you'll take anything - even rain dance requests on Facebook.

The next day blurred into yesterday, as the smoke and orange skies unrelented.

I didn't sleep a wink.

We made the decision to inspect the situation, to find out if we still had a home, and any farm animals.

So we made the perilous journey down the smokey highway, and up our driveway.

Sure enough, the animals and house were still standing.

We dampened the area once more.

We made sure anything flammable was as far away from the house as possible. Including a few propane tanks, which we put in the middle of the field.

As we left for a second time amidst the orange and grey, and once again leaving the animals behind, I couldn't believe we were doing it again.

Never again I promised, fighting the likely heartbreaking loss of 6 chickens, 5 nigerian pygmy goats and 4 llama. I promised to try to be back tomorrow to save them.

But as we drove back down to the main road, things seemed drastically worse.

Where before, the fires were calmer and more subdued on the hilly side of the road. Now they were fiercer and being whipped up by a wind of no remorse that now lined each side of the road in fire.

In places flames were leaping across the road.

Following behind hubby in our Forester, he in our '83 Merc, I thought we were only moments away from being victims, blown apart by an igniting gas tank.

Whoosh!!! A huge flame leaped out at Adam's car in front of me and miraculously he swerved around the firey outreach - in fact - it was the sheer power of the fire that diverted his line.

I charged through behind him, and thankfully the flamed warning had licked our metal vehicles, and only our frail meaty spirits.

We were almost cooked, narrowly escaping a hellish end. Sadly, our animals were once again left to the powers that be. I hoped tomorrow would be one of saviour, not of sorrow, so yet another sleepless night prevailed.

Day three began in earnest to solve the animal quandary.

With the authorities at the ready, and I as back up. Adam lead the way. When he reached the bottom of our driveway; his heart sank.

Either side of the driveway featured charred remains of fencing. As he passed each destroyed neighbours house, his eyes could no longer hold in the tears and began to flow as quickly as the old reality flew into this nightmarish one.

One neighbour's house stood resilient, as ashen-faced, and red-eyed ghoulish figures appeared and waved. They had fought for their property and lives for 36 hours, with fire hoses and a bulldozer.

Adam nodded in approval and awe, as he kept on up the drive to more charred residences until one stood out amongst the carnage.

He blinked to try to ensure he was not simply being tricked by his watery eyes.

A solid lime green structure began to reveal itself, as smoke wafts tantalised the revelation. A grey roof also appeared, normally shaped, but could it be too good to be true?

As he got out to open the gate, it appeared as if our house was intact!

As amazing as that view was, a glance to the right showed the other side of fortunes favour.

Our shed, which once contained a treasure trove of crop equipment was replaced by smoundering ash piles. He could only chuckle hysterically at chance's nature, merely metres away from one another.

The house indeed had survived the flame assault, for now, which was a miracle in itself. But were there any other survivors?

A familiar chirping sound made its way to Adam's musically attuned ear.

Sure enough, as he walked towards the sound, a chicken appeared through the smoke shutter, then another, and another. All the chickens were accounted for, phenomenal!

Then a bleat of a goat was heard above the squawking celebration.

One by one, they emerged from behind a burnt farm pod. 1-2-3-4-5. Maggie, Margot, Minnie, Pearl and Zena! All goats accounted for - a miracle - and apart from one singed hind quarter, injury free.

Now where could those Llama be?

He spun around, sensing some action from the smokier, brushier portion of the property. A tall creature materialied from grey nothingness. It was Cleo! Followed by the other three. All intact!

I received the call that all were well and that the belated evacuation could begin.

I arrived with Animal Rescue and we used rope to usher the Llama and goats into the rescue trailer.

The chickens were another matter.

We needed another vehicle, and lo and behold stood the old Subaru, having been rear ended by a drunk driver, abandoned. It had received a fair bit of singeing from the untended rough that had burnt beneath it.

Keys were fetched, and sure enough, not a whimper from ole sad Subi.

Anyone got any jumper cables?

One by one, an animal rescuer plucked chicken after chicken up by the foot, rescuer and rescued squawked mutual annoyance at one another. So the emergency chicken coop was stocked - and we were out of there.

The animals had survived hell. We took them to a green sanctuary which must have been heaven for the scarred beasts.

I could breathe again, I could go five minutes without being beside myself again.

Our bull terrier Nala Drew, and French bulldog Momo, and even stepdog Vinnie the comfort bulldog was there for me. But my peace of mind could only be eased by knowing our whole family of animals were safe.

I heard a story about a farmer, who donned wet blankets and ventured into a pasture of his cows and sheep, whom all surrounded him and survived an infernal night of smoke, ash and embers. The man could not talk the next day, his senses petrified...

An SUV rotated and modified into a portapotty to account for resource shortages and inaccessibility...

Couples in their 60's sheltering in a river for 18 hours…

Communities coming together, sharing tears and hugs amidst Covid-19 distancing.

All I can think as the still falling ash burns micro-holes in my tent, in relative safety on the Rogue river: We are just a few of the half million survivors, but many will not live to tell the tale.

We thank our lucky stars.

Thank you to the amazing Sheriff Barnett, and members of the brilliant Animal Rescue team.